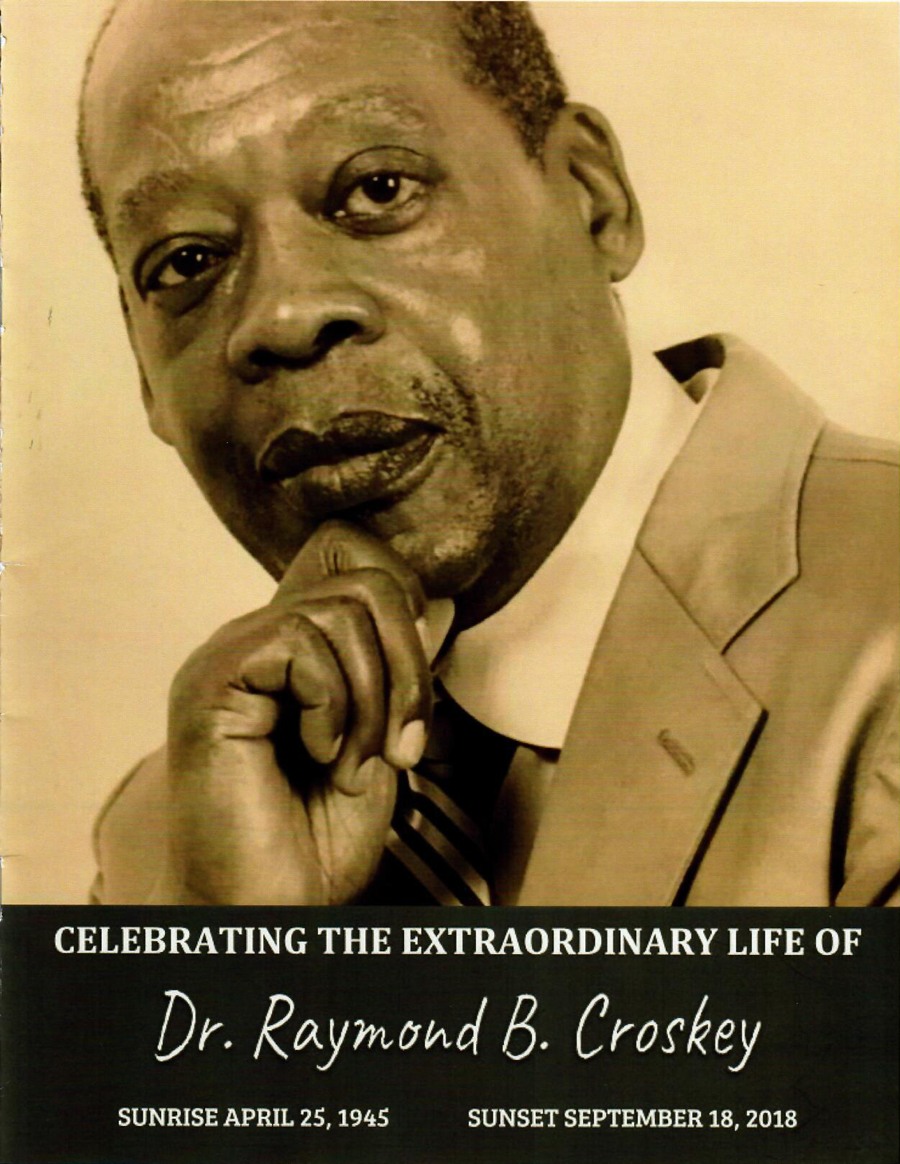 Obituary Of An Extraordinary Man

Dr. Raymond B. Croskey was born to the late James Bazemore and the late Alice Croskey in Harlem, New York on April 25, 1945. He came up from very humble beginnings and was the fourth of nine children. After graduating Benjamin Franklin High School he went on to attend The City University of NY. It was in college that he gained a true love for academia. After graduating with his Associates from City College, he went on to achieve his B.A in political science & B.S. pre-medicine from New York University. While at NYU he was named the Ettinger Scholar, NYS Scholar and Dr. MLK Jr. Scholar. Raymond attended Boston University School of Medicine and was elected the National Student Spokesperson for the Sickle Cell Disease Research Foundation. He decided that Podiatry was his calling and attended New York College of Podiatric Medicine where he received his Doctor of Podiatric Medicine Degree. Dr. Croskey received his Masters of Public Health in Community Health Education at Hunter College, School for Health Sciences and his Geriatric Scholar’s Certificate from Columbia University/NYU/Mount Sinai Hospital Interdisciplinary Consortium. He also completed a Clinical Clerkship in the Medical Service of the United Nations Secretariat as an Understudy where he authored two papers in tropical diseases, “Malaria” and “Onchocerciasis”.

In 2008, he retired after 20 years of distinguished service as a Regional Health Director in the New York City Department of Education. He also retired after over 15 years of service as an Adjunct Professor at Medgar Evers College, CUNY. While at the D.O.E. he was committed to improving the Mental Health Awareness in and out of the school. He played a major role in establishing four new mental health professional licensures with the NY State Dept. of Education. For over 10 years he served as the elected President of the American College of Counselors. During that time he successfully chaired multiple Northeast Regional Conferences. Most recently he served as a board member of the Community Coalition for Mental Health, which currently focuses on the Mental Health of people of color in Harlem.

After trying out his luck at the racially segregated South Carolina State College, he learned first hand what it meant to be a Negro in America. Immediately following his return to NY, he became very active in the Civil Rights Movement by joining the S.C.L.C., NAACP, and participating in protest with Malcom X. He learned the power of community, the power of self, and most importantly the power of mentorship. Years following, he gained some of the most impactful and lifelong mentors/friends: Dr. David George Satin, Dr. Ed Mapp, Dr. Lemual W. Diggs, and Letty Eisenhauer. During that time, Raymond spend most of his time at the Countee Cullen library researching HIS-Story and drafting letters. He vowed to only sit at the same desk that James Baldwin had once occupied! Many of his letters were addressed to national and local leaders of the community. Even though politics wasn’t his career preference, he understood the importance of politics in his community. A few of the politicians that acknowledged his contributions were: Honorable Percy Sutton, former Congressman Charles Rangel, former Councilman Hilton Clark, former Congressman Ed Towns, former Mayor David Dinkins, former Councilwoman Priscilla Wooten, former Councilman Peter Vallone, Councilwoman Inez Barron, former Assemblyman Keith Wright, State Senator Bill Perkins, and Councilwoman Inez Dickens.